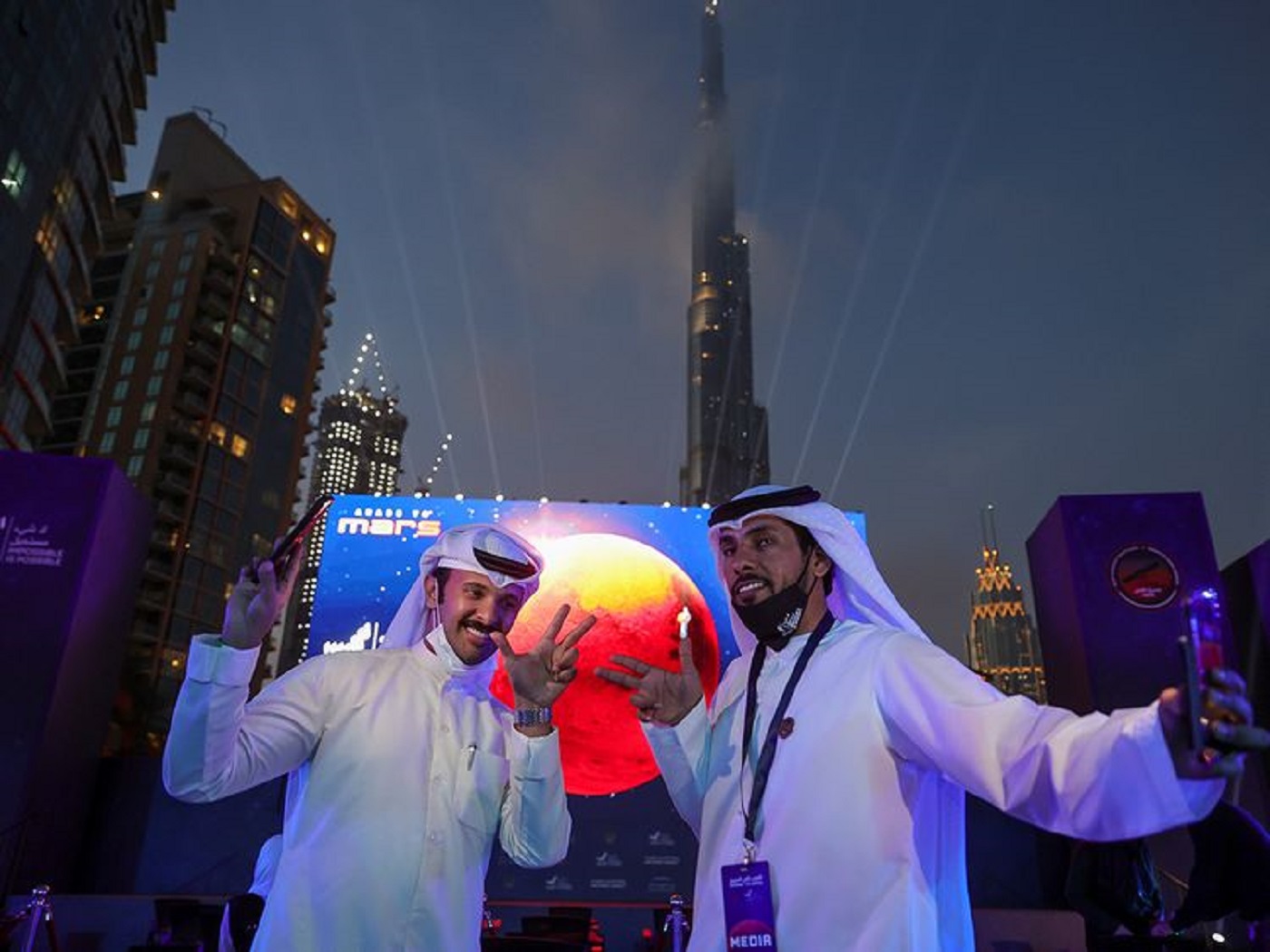 Dubai: The Hope Probe’s successful arrival to Mars’ orbit garnered international media coverage, with #ArabsToMars topping trends with 2.7 billion engagements around the world. The historic mission marked the Arab world’s entry to the global space race and placed the UAE as the first Arab nation, and the fifth in the world, to reach Mars.

The global press coverage mirrored the buzzing social media conversations that reached over 56,000 tweets and comments.The mission garnered over 12,000 media reports, of which 75% constituted regional and global outlets and 25% was dominated by the local media.

Mohammad Al Gergawi, Minister of Cabinet Affairs, said: “The overwhelming media coverage of the Mars Hope Probe reflects the significance of the historic event to the world as a milestone in the inspiring story of the Emirates.”

He added, “The Hope Probe is a national achievement that brings pride to every Emirati and Arab and an inspiration for each individual in the world who believes in the role of science in creating a better future for humanity.”

Al Gergawi noted: “The journey of the Hope Probe reflects the broader journey of the UAE. The challenges that faced the mission team in turning the probe from a dream to reality in six years mirror the challenges the UAE has faced in its journey as a nation who made the impossible possible.”

Saeed Al Eter, head of the UAE Government Media Office, said: “The information we have provided, in coordination with various local media agencies, reflects the vital role that media plays as a fundamental pillar that shares the UAE’s story with the world.”

The UAE Government Media Office provided the necessary logistical and informational support to journalists and content creators across the country. Hailing the international media coverage, Al Eter said:: Through reporting the Hope Probe’s successful arrival to Mars, global media outlets highlighted the UAE’s role in leading the space sector in the region and the role of the country’s young talents in making a giant leap in the knowledge industry of the Arab world.”

He noted that the unprecedented media coverage of the Emirates Mars Mission demonstrates the UAE Government Media Office’s role as the official media coordinating entity that ensures providing accurate and accredited information about the country’s vital projects.

Hope Probe in the global sphere

To ensure providing accurate and up-to-date scientific information on the Emirates Mars Mission, the UAE Government Media Office held four media roundtables: three before the probe’s arrival to the Red Planet’s orbit, and one after the successful event. The media roundtables provided 160 journalists from 90 local, regional and global media outlets with up-to-date figures, updates and information on the Emirates Mars Mission progress.

On the probe’s arrival day on February 9, 2021, the UAE Government Media Office organised an event at Burj Park in Dubai that followed the Hope Probe’s arrival live in the presence of 221 journalists from 131 media outlets. Burj Khalifa beamed with lights and astonishing shows that marked the different stages of the Hope Probe’s journey, leading up to the historic announcement of its success in reaching the Red Planet’s orbit. The next day, the UAE Government Media Office held a press conference in the Mohammed bin Rashid Space Center to update journalists on the upcoming stages of the probe’s scientific mission.

Six regional and international webinars were held prior the arrival of the probe to Mars to exchange knowledge among space scientists and experts.

Experts from Egypt, Saudi Arabia, UAE and Jordan joined the discussions that shared the UAE experience throughout the journey of the Hope probe and tackle new space technologies. Three international webinars were held with US-UAE business council, Emirates Society (UK) alongside the Science Museum in London, and a webinar by Laboratory for Atmospheric and Space Physics (LASP).

Dubai: Going to the movies? Avoid these 5 mistakes

UAE Covid vaccine: 76% residents believe life will be back to normal in a year