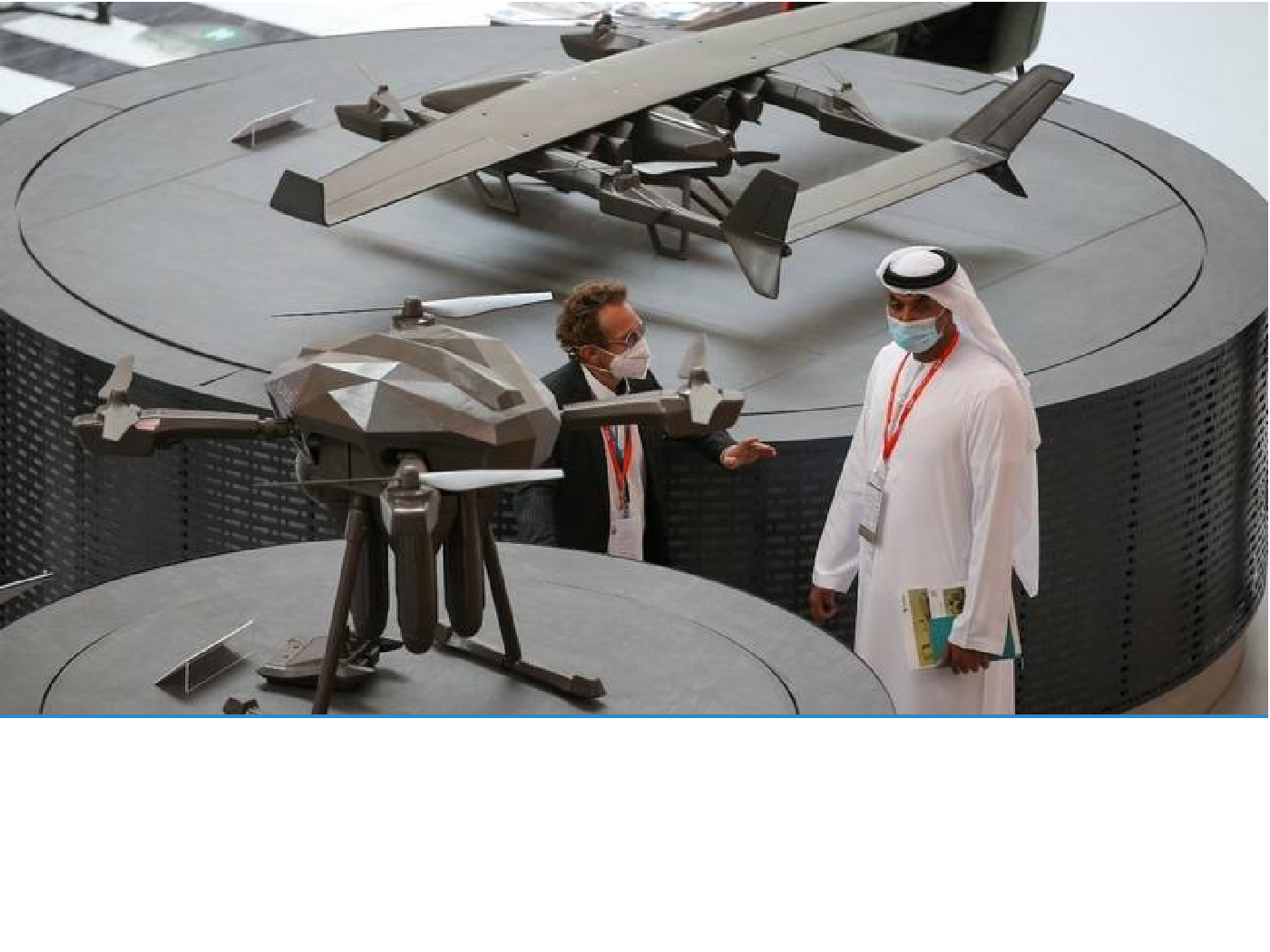 Sheikh Mohamed visited pavilions of companies and countries, and checked out the latest innovations, hi-tech equipment and technologies.

The International Defence Exhibition and Conference ((Idex 2021), the first major in-person event to be held in Abu Dhabi amid the global pandemic, kicked-off with a Dh5 billion deal on the opening day on Sunday.

Sheikh Mohamed visited pavilions of companies and countries, and checked out the latest innovations, hi-tech equipment and technologies.

Apart from an action-packed opening ceremony of military demonstrations and aerial manoeuvres, the other highlight of the day was the UAE Armed Forces awarding deals worth Dh5 billion.

Out of the 19 contracts worth Dh5.030 billion, a dozen was secured by local players and rest seven were international firms, an official spokesperson saidtold reporters.

There were a few products launched as countries exhibited their military might to entice potential buyers, all this while the organisers and volunteers kept reminding everyone about wearing masks, maintaining safe distancing and not letting their guards down.